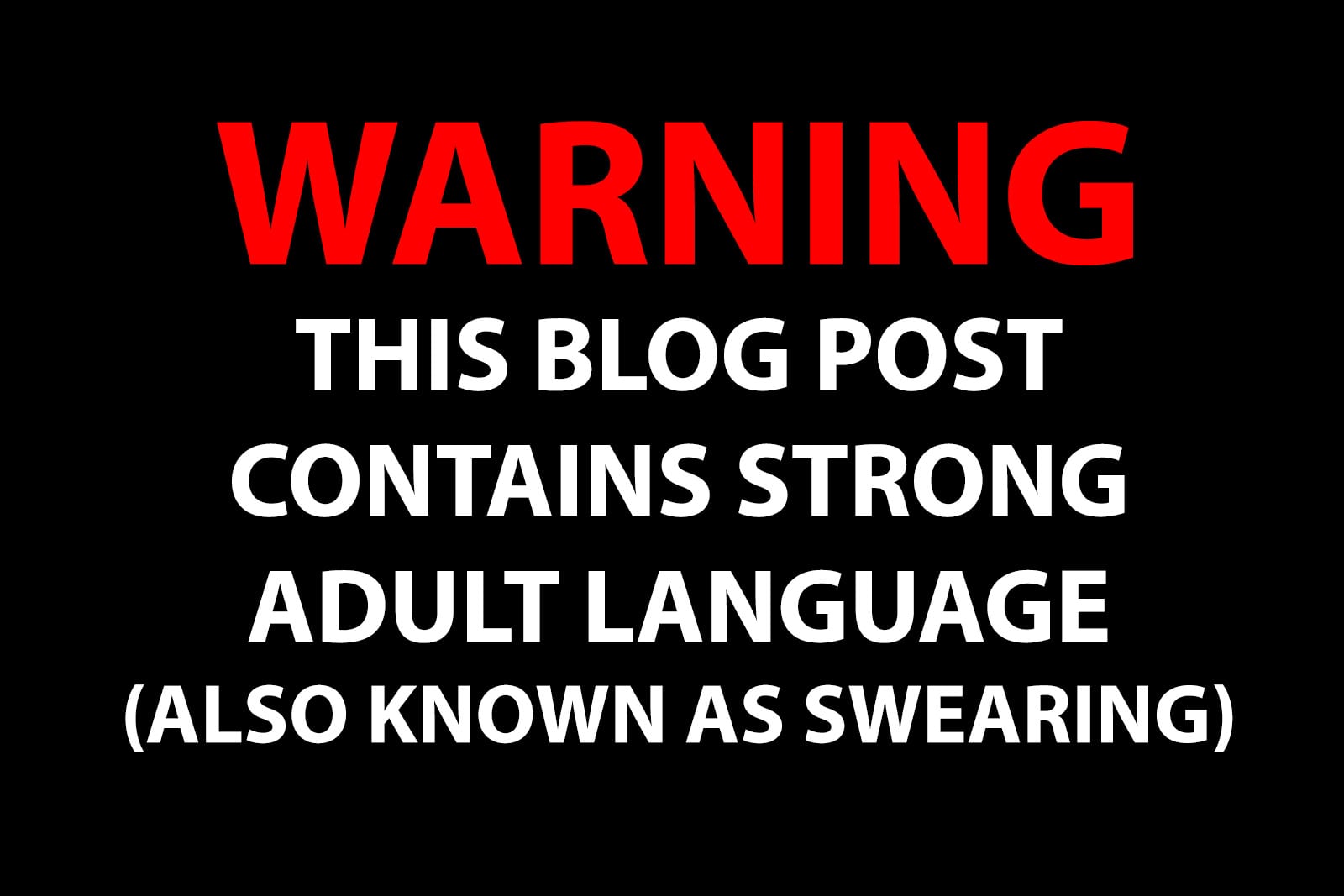 See this sharp fucking stick? Yeah? Poke it through some poor fuck’s eye and now you can see through it like a grisly telescope. Poke it through your eye and see your own death! PROBABLY BY INFECTION FROM BEING POKED IN THE EYE WITH A STICK!

See this flat fucking rock? You can skip it across water! ITS A SKIPPING ROCK! What? Not magical enough? Well it doesn’t stop skipping until it gets to the other side, even if it is the god damn ocean! STILL NOT MAGICAL ENOUGH? How about this, you can skip it over any fucking liquid! IT’LL BE METAL WHEN YOU SKIP IT ACROSS SOME BLOOD RIGHT?

See this jar? This is the fucking Swearing Jar! Every time you fucking swear in front of it a copper coin drops in, it’s got infinite capacity for copper coins! Every time though you have a 1-in-6 chance that you get psychically knocked upside the head for 1d6 damage for being such a filthy potty mouth.

See this filthy crown? Yeah we made it out of rusted sardine cans! You are the King of Filth! You can speak with dirt, but only the kind smeared on a street urchin’s face or someone’s boot. You can speak with trash! You can try to command oozes, but those fucks aren’t interested in any commands that aren’t “digest this 10×10 section of dungeon.” If someone is sufficiently dirty, you can make a Suggestion to them.

Teeth! God damn! We just have a pile of fucking teeth here. Wizard teeth! Cow teeth! Monkey Teeth! There’s a narwhale tusk in there! Eat the teeth. Powder them and snort them. Teeth are where the magic is rooted. Become the thing, if not in body but in mind and might. Come on kid! Druids do it all the time!

See this bola? Those ain’t fucking rocks! They’re monkey fists, and not any ordinary monkey fists. They’re used up Monkey Paws, y’know the ones that grant shitty wishes with hellish consequences? Sick right? These babies are out of wishes, but they still have the hellish consequences! Wrap someone up with one of these and if they escape, they get hit with a nice big nasty Curse.

HELM HELM! It’s a Hat! WITH A STEERING WHEEL! Pixies put ‘em on big folks. Then they drive them like the fucking Rattatouile rat! Maybe you can get a really big one and put it on a big old Kaiju? MAKE HIM MAKE SOUP! Your halfing pal might be able to sit on your shoulders and drive you, but the wheel is pretty small even for their itty bitty hands, don’t complain to me when y’all accidentally cleave Jeff!

WORD WEB! It’s a butterfly net but for catching WORDS! Catch the guard’s shout before anyone hears it! Catch the vizier’s evil scheming! Catch a True Name muttered by a sleeping devil. If you are totally insane, catch the wizard’s incantation before they eat that bat guano and drop a fireball on your ass. Gotta make a melee attack or whatever to do it, and it is only big enough to hold one thing!

THUMB TACK! You press it through someone’s thumbs and tack them against the wall! Doesn’t hurt, but watch them dance! Popular model among those ‘enlightened’ sorts of royalty. Only works on folks with thumbs!

SEE THIS GOAT?! She’s the Goat of Annihilation! HER WHOLE INSIDES ARE AN ETERNALLY HUNGRY DESTRUCTIVE VOID! See these fucking teeth? ADAMANTIUM! She’s on a dairy farm that makes excellent cheese! There’s like a hundred other goats! Which one is she? I don’t know!

BAG OF BAD! This Bag is full of BAD! What kind of bad? Why don’t you open it and find out?!

See this bean? IT’S A MAGIC BEAN! I’ll trade your cow and all your gold for it. Deal? DEAL! PLANT IT IN THE GROUND! What will happen? NOTHING! The magic is you’re a sucker!