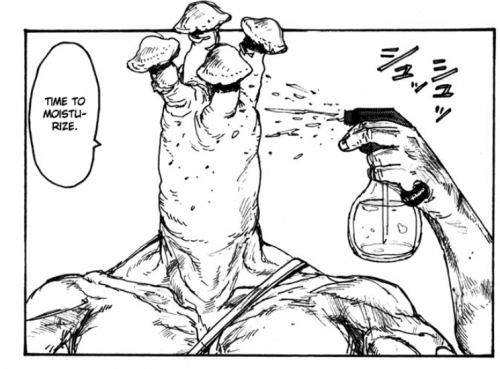 Inspired by the Buckets of Blood classes, my love of gonzo-grot (Dan’s term), and a driving need to run a Dorohedoro inspired game, here’s my attempt at bringing the Magic-Users of that world to GLOG. I want a game with these, Mon’s Accidental Splatter Killer, Modron’s Chainsaw Wizard and/or The Lovey Dark’s CHAINSAW KILLER, and some Radical Anarchist Catgirls!

A: BLACKSMOKE CASTING, IN THE BLOOD, DOOR +1BSD 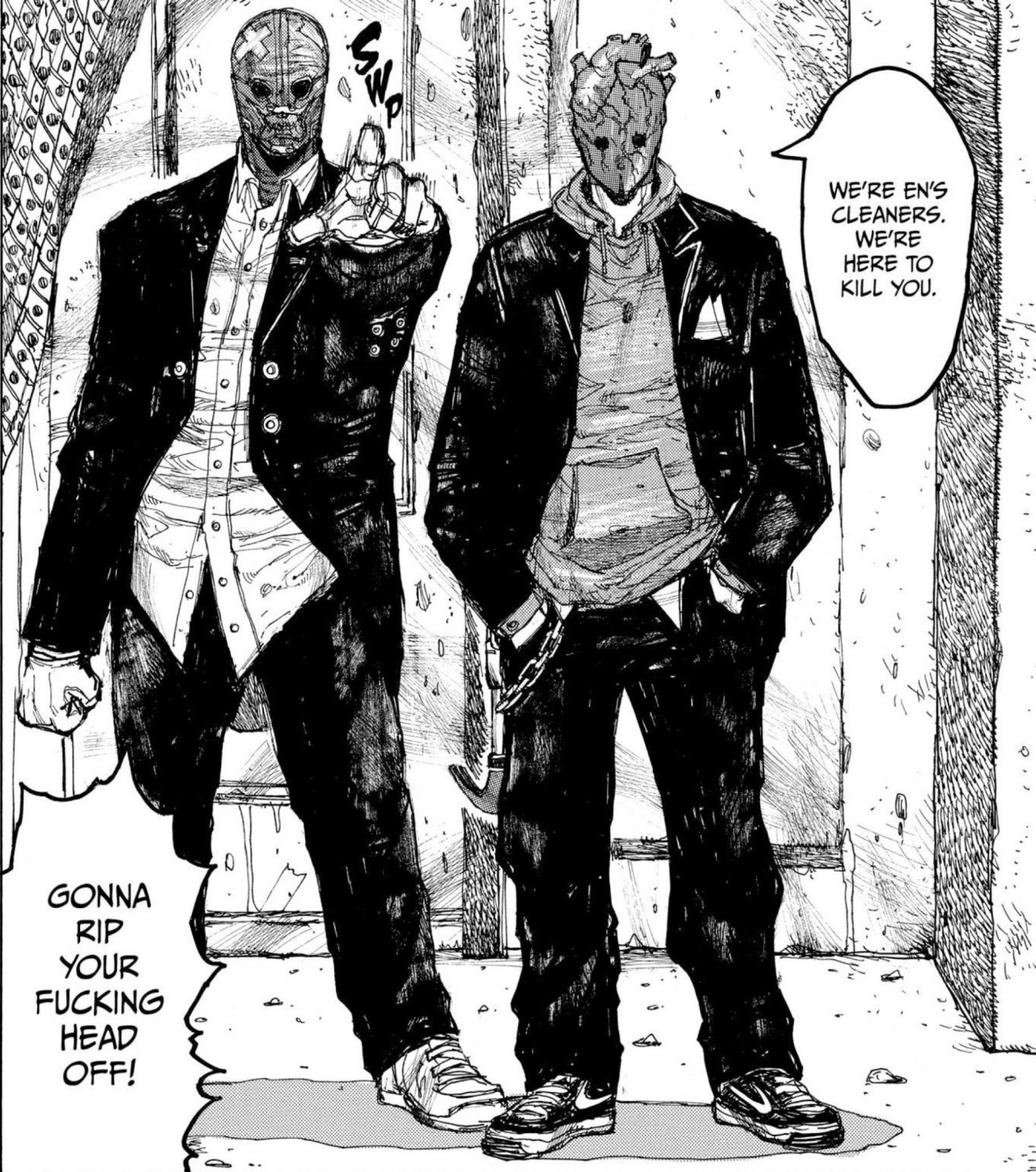 A BLACKSMOKE CASTING Unlike a Wizard, you don’t have to be taught magic and unlike a traditional sorcerer your soul is not a gateway to the unreal. However you ARE a Sorcerer, it is literally in your blood. You’ve got a special bilesack and a tiny devil that lives in your pineal gland to prove it. You have your own special magic that has always been yours, you were born with it and hopefully you will die with it. Oh! Speaking of which, when you die you go straight to Hell, regardless of any other circumstances. Afterall, the Devil created you.

Get one of the following spells rolled randomly per template. Work it out with your GM what NOUNs do what with what spell, you trading off diversity for creative uses here. When you cast roll your Black Smoke Dice (BSD) just like a wizard would roll their Magic Dice.

Rolling Doubles gets you a Mishap, here’s some generic ones

Rolling Triples gets you a Doom, you only get 3. Work with GM to make them. Third one probably involves a Devil carting you off to Hell.

Rolling Triple 6’s gets you the attention of a Devil, for better or worse.

A: IN THE BLOOD: You can deal X damage to yourself as you purposefully release your blood and release more BLACKSMOKE. Add X to the [SUM] of your BSD result.

A:DOOR: As long as you have a BSD you can spend it to open a Sorcerer Door between the Human World and the Sorcerer World. It takes a round to make and another round to enter, so it is not usually safe to do in a combat scenario. It is also possible for the Door to be barred from the Sorcerer World side, denying your escape.

B: MASK: All sorcerers wear masks. Most Sorcerers have cheap store-bought masks that are little more than trinkets. Some Sorcerers and all Devils know how to craft masks that increase a Sorcerer’s power. By investing your blacksmoke you can, over time, create a more powerful mask. Any Blacksmoke invested in a day is unavailable the rest of the day. Sometimes Devils give powerful masks to Sorcerers that catch their fancy, or one can be exchanged for a favor. Devil Favors tend to be cruel, embarrassing, highly dangerous, or a combination of all three. Failing to perform the favor will always result in death or worse.

B: Partner: Once every four years is BLUE NIGHT, where the BLACK HOUSE floats above and we celebrate the Devils! This is also the time that Sorcerers choose (or abduct) their partners. Inside of you is a contract-like organ, you and your partner sorcerer need to sign each other’s “contracts” and exchange them. Once this is complete the partners’ bonds are strengthened and they are able to have a vague awareness of each other’s health and safety across any distance.

If a contract is forced, the dominant partner can enforce a limited mind-control over the subservient partner (similar to Vampire and Vampire Spawn.) If the contract is removed and forcibly destroyed, the partner must Save or Die. Even if they save they will be in immense incapacitating agony for 2d6 hours.

C Smoke Geyser: You can willingly force your body to continuously pour out blacksmoke every round as long as you remain immobile, causing one of your spells to affect everything in a radius growing 30’ per round. You spend a BSD per round, but you may elect to keep pouring out smoke once your BSD are used up. Doing so, however, is a massive strain dealing 1 damage to your CON every round. Only extremely powerful regenerative magic can heal this CON damage.

D: DEVIL TRAINING– At this point a Sorcerer has become powerful enough to begin their Devil Training. A Devil Tutor will be assigned to watch to make sure you don’t try to cheat.The first step is to don the extremely heavy DEVIL ARMOR, which hones your body in a sort of extreme weight training. During this time you will have to do significant physical exercise and multiple favors for the Devils including climbing to the top of Devil Churches and taking care of their finicky and violent Giant Bats. When the Devils feel the Sorcerer has done enough, the sorcerer sprouts horns and a tail and may remove the armor. After this point the sorcerer must go a year and a day without using their magic, a single use results in a Devil showing up to tell you you failed and revoke any chance of becoming a Devil in the future. You cannot receive an alternative Template D.

When Devil Training is complete the player is essentially mildly omnipotent (as a wish granting Genie) for 6 rounds before becoming a self-obsessed zany NPC Devil.

D: THE BOSS– You are recognized as a Sorcerer among Sorcerers and you attract a small (and growing) following of Sorcerers who want to bask in your glory. You start with two absolutely loyal level 1 Sorcerers. If they level up you get two more Sorcerers who are their subordinates and so on. You need to be consistently pulling in dough and resources though to keep their loyalty or they might rebel. 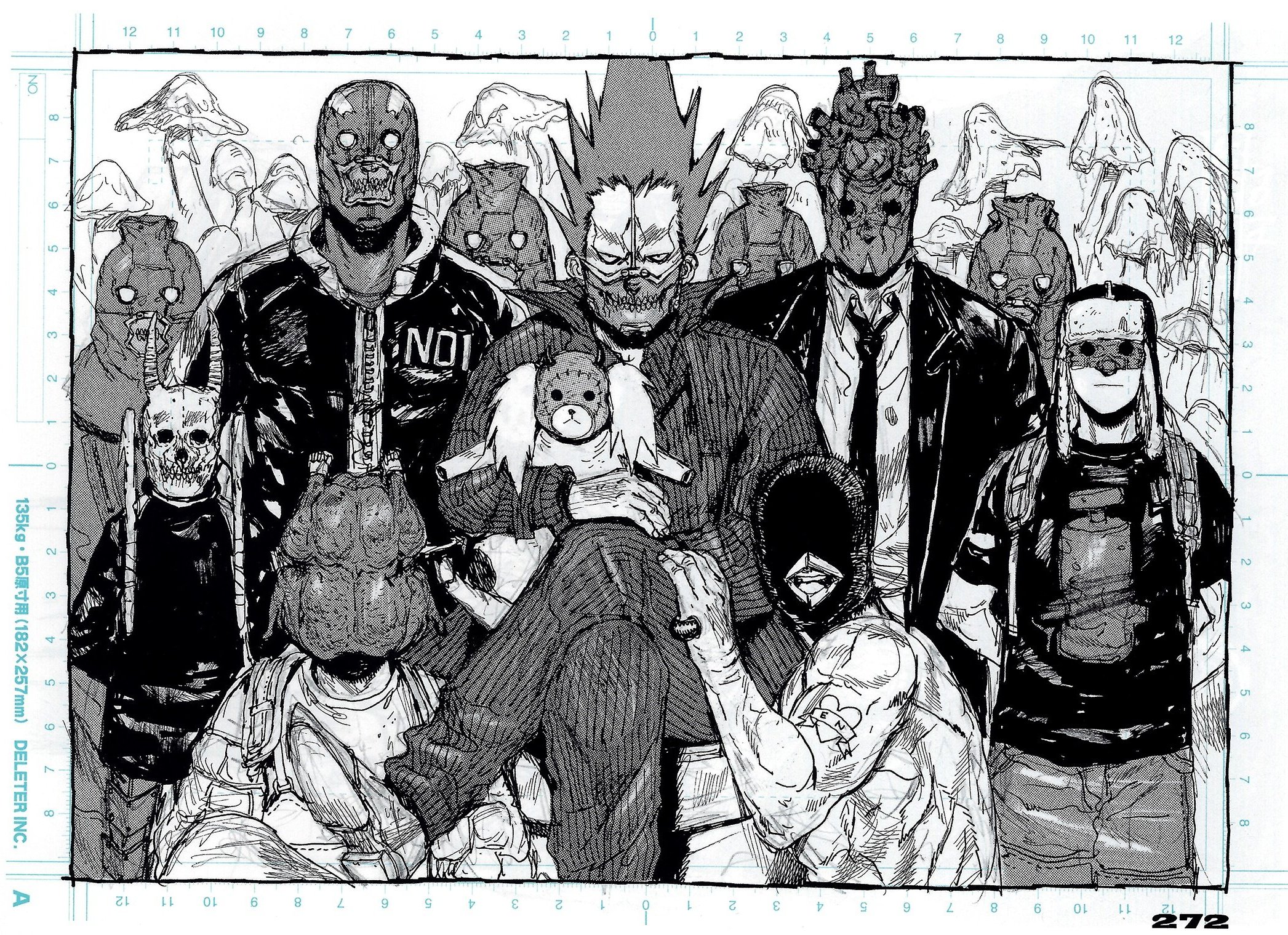 EN– Template E (The Boss+) Mushroom Sorcerer, Knows All Mushroom Spells, possesses a Devil Mask that vastly increases his BD reserves. En, through genetics, trauma, LIVING IN HELL, and being in cahoots with the Original Devil, is far and beyond essentially any non-Devil Sorcerer. 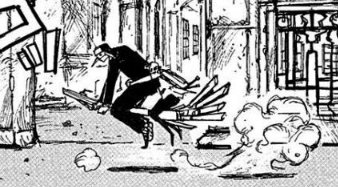 BLACK POWDER– A drug that weak sorcerers depend upon to cast their magic, doubles the strength of any invested BSD. Expensive, addictive and if any proper Sorcerer catches you using it they’ll probably kill you out of disgust.

SORCERER BLOOD VIALS– A vial contains 1 BSD from some other sorcerer. Acts essentially like a scroll. Sorcerers often pawn their (or other sorcerer’s) blood for a bit of spending money.

MAGIC CARPET/BROOM– Invest 1 BSD to fly for an hour. Carpets have enough space for 4 people but are about as fast as walking. Brooms fly as fast as a horse in full gallop. They’re both expensive as fuck.

DEVIL TRAINING ARMOR– Insanely heavy full body plate armor, it takes up all your inventory and adds an additional permanent level of Fatigue. You’ve got to wear it for the whole of the first part of devil training. If you survive wearing it for a year, you gain +2 STR and CON just from the weight training.

STORE’S KNIFE- The sharpest blade! Only thing that can permanently harm and kill a Devil! Ignores armor, DR, Resistances of all kinds, can even hurt things that nominally shouldn’t be hurt by physical objects (like ghosts and such). Damage as a Great Sword. On criticals it severs limbs.

DEVIL MEAT- It tastes awful! But it does speed up the process to become a Devil. A meal of Devil Meat halves the time to complete Devil Training.

GYOZA– It’s delicious! Especially when made by and shared by friends! Counts as a ration and gives a bonus against any morale related effects. 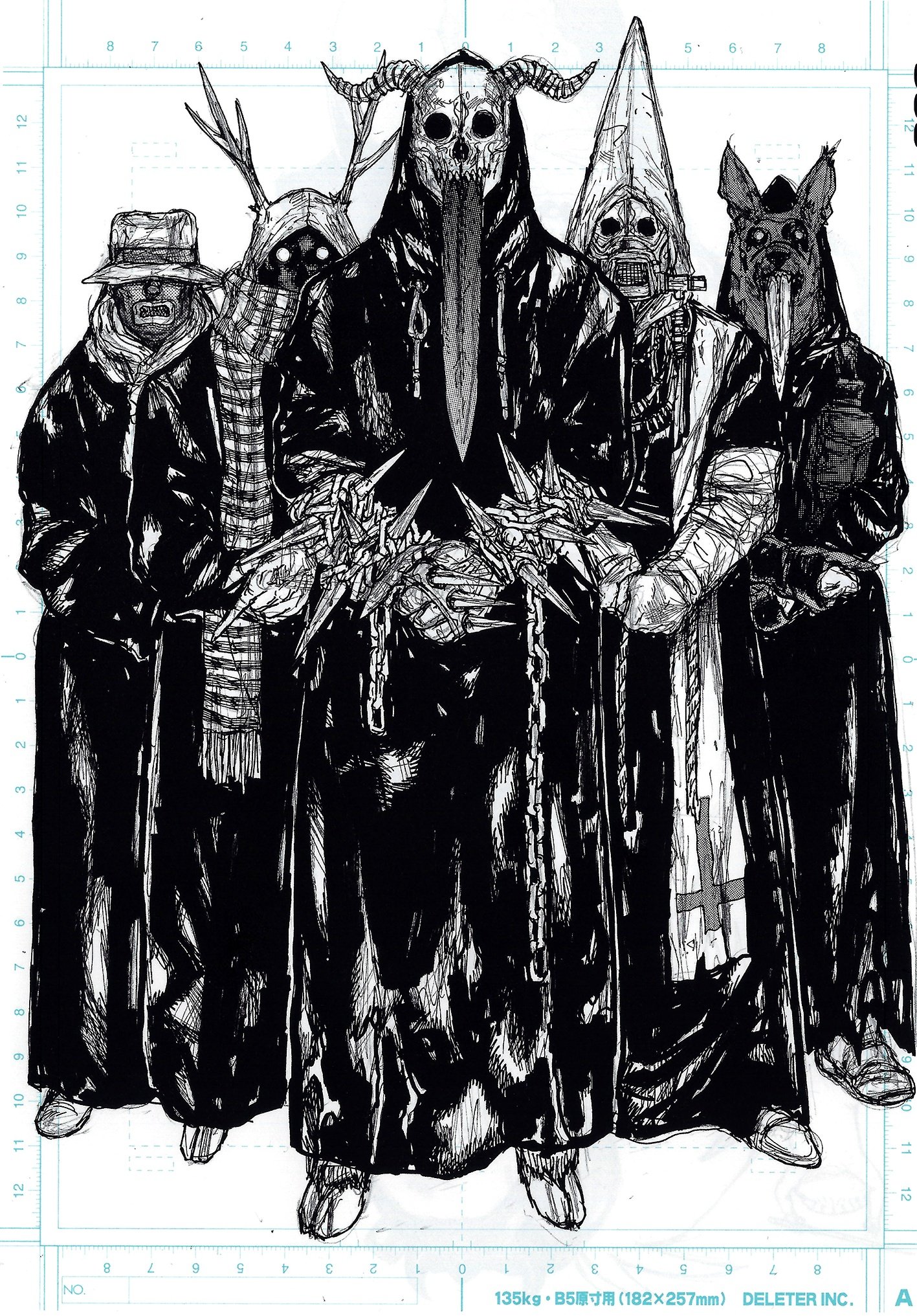 PUNCH– Deals as much damage as the Devil wants

MAGIC– Devils all have their own magic they specialize in (until they are bored and change their mind). Treat as Sorcerer Magic cast with 5 BSD with no risk of Mishap or Doom.

DOOR– Devils can open doors between any two points in reality at their whim.

UNDRESS– Devils can slip out of their devil skins to look like their former Sorcerer-selves. They are no less dangerous or insane however.

WISH GRANTING– Devils can grant wishes! But only mean spirited and stupid ones! Try to be all touchy-feely and nice with your wish and they’ll for sure twist it into something horrible.

In the beginning there was The Devil. He got bored pretty quickly so he created the Sorcerers and their world to have someone to mess with and get a laugh out of. Eventually he decided to let the most entertaining and cooperative of the Sorcerers to become Devils themselves.

After passing their Devil Exam, a Sorcerer sheds their old name and ASCENDS (DESCENDS?) into Devilhood. While they might maintain some leftovers of their personality, they are entirely self obsessed and interested in their own entertainment above all else. This is often in the form of singular obsessive hobbies and extremely greasy/salty food. They are entirely without morals and entirely in it for the laugh. This is great for generation Devils…er Satans.

I’m not stating the Devil. He’s omniscient and omnipotent. The only reason he would lose is because he finds it more entertaining that way.